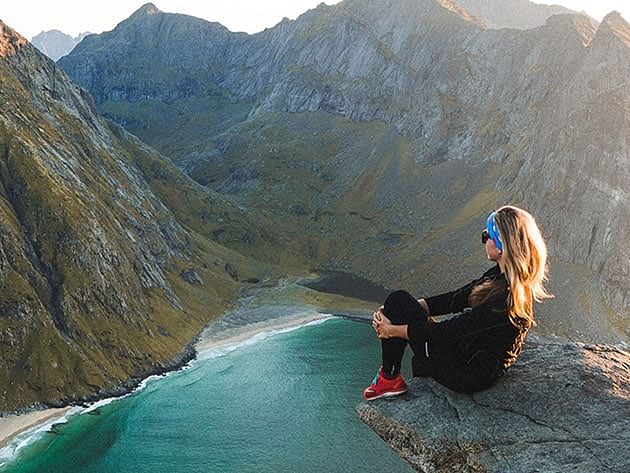 Learn how to break into lifestyle and adventure sports photography from one of today’s best working outdoor photographers. Lucas Gilman — whose lengthy client list includes Red Bull, National Geographic, Patagonia, ESPN, and Maxim — will teach you how to get your first big break in this competitive category. You will learn how to hone your style, build a portfolio, and separate yourself from your competition using technology. Last but not least, Lucas will show you exactly what gear you need to make sure to throw in your bag.

Lucas Gilman is one of the leading adventure photographers and filmmakers in the industry. His powerful and incisive images run in top publications & advertisements worldwide. A love of adventure and an addiction to color creates his distinct style of photography and filmmaking. Lucas documents subjects ranging from expedition kayaking in India and Costa Rica, Surfing in Brazil to backcountry skiing in Colorado, Alaska and South America. He has covered international events such as the Tour De France, Kentucky Derby, ESPN X-GAMES, IRONMAN®, NFL Playoffs, and Open Water Swimming in Australia.

Lucas was featured on the NBC TODAY Show and MSNBC for documenting the 2nd largest waterfall ever successfully descended in a kayak. He also appeared as a guest on Good Morning America telling his story of documenting the first successful descent of Abiqua Falls in central Oregon. CNN also profiled Lucas during primetime and highlighted his Abiqua Falls video footage and behind the scenes work.

Lucas was a finalist in the 2010 & 2013 Red Bull Illume worldwide photography competition which saw more than 32,000 images submitted. 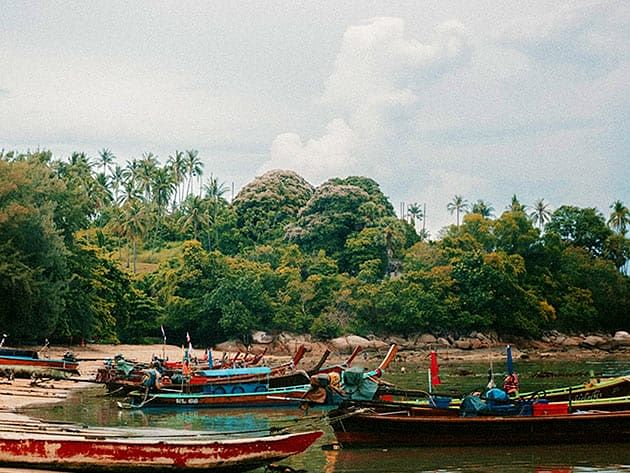 Award-winning outdoor photographer Ian Shive shows how to capture the cityscapes and backdrops of your travels. He’ll discuss composition, gear and how to successfully capture iconic skylines and viewpoints with a fresh perspective. Round out your portfolio with scenic landscapes that are print worthy.

Ian Shive is a photographer, author, film and television producer, conservationist, and innovative businessman. He has worked with some of the most important outdoor organizations including the Nature Conservancy, the Sierra Club, the Environmental Defense Fund, the National Parks Conservation Association, and the U.S. Fish and Wildlife Service. In 2001, he was honored with the prestigious Ansel Adams Award for Conservation Photography.

In addition to his photography, Shive is a filmmaker and cinematographer whose work has appeared on television, in film festivals, and in multimedia campaigns throughout the United States. In 2015, Shive led a team of filmmakers and scientists on a groundbreaking expedition in Cuba for a segment on Discovery Channel’s “Shark Week.” He recently partnered with the Sierra Club to produce two films for a national conservation campaign, “Chasing the Distance” and “The Land We Defend,” and with the U.S. Fish and Wildlife Service to document America’s urban wildlife refuges and the Midway Atoll in the Pacific Ocean, timed to coincide with the 75th commemoration of the Battle of Midway. He is currently directing a new film, Hidden Pacific, which will bring the Pacific Ocean’s protected and remote national wildlife refuge islands and marine national monuments to giant screen and IMAX® theaters.

The National Parks: Our American Legacy (2015) and The National Parks: Our American Landscape (2011), two of Shive’s best-selling photography books, have played a role in shaping environmental diplomacy efforts throughout the world and heightened awareness of our national parks and the National Park Service. His images of majestic landscapes, intimate portraits of nature, and people enjoying the outdoors have appeared in Outside, National Geographic, Sunset, Travel + Leisure, the New York Times, and many other well-known media outlets. In his role as a conservationist, Shive has lobbied before Congress numerous times, including as part of a team on behalf of the impact on the environment by the border fence in Mexico, and he has twice presented his images to capacity crowds at the Smithsonian Institute in Washington, D.C.

A studied and innovative pioneer of new standards in photography, motion picture, and protecting the rights of photographers, Shive extended his mark on the photography industry as the founder and CEO of Tandem Stills + Motion, a leading visual media company that provides premium photographs, film footage, and digital asset management for the nature, outdoor adventure, healthy living, and travel industries. Shive is based in Los Angeles.

How to Get Started in Nature Photography with John Greengo 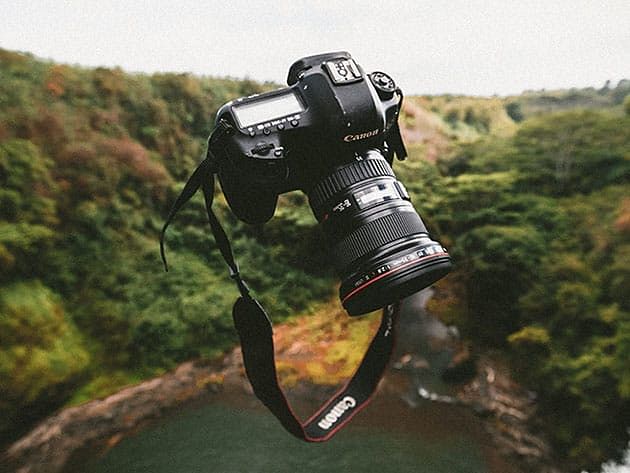 Stunning nature and landscape photography require the right gear, techniques, and approach. In this class, John Greengo explains the tools and techniques required for succeeding in this inspiring but demanding discipline. You’ll get an introduction to the equipment, exposure, focus, subjects, light, composition and photographic process needed to get your start in nature photography.

John Greengo is an award-winning photographer specializing in outdoor and travel photography. Shooting for over 3 decades, John has developed an unrivaled understanding of the industry, tools, techniques and art of photography. When he’s not traveling for a new shoot, John teaches photography to students from all over the world. John’s unique blend of illustrations, animations and photographs make learning photography easy and fun. 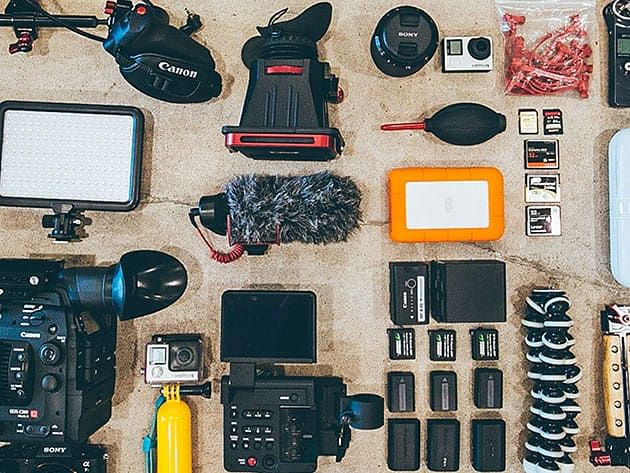 For the basic point-and-shooter to the more advanced SLR user, this class will teach techniques, concepts, and innovative ideas that will open your eyes to the world around you and set you on a course for taking your photography to a higher level. Before unleashing your creative vision, you first need a solid understanding of your camera and some technical details: the photography basics. This course will take you step by step through the maze of technical jargon and equipment to help you achieve your full artistic vision and on your way to taking great pictures.

John Greengo is an award-winning photographer specializing in outdoor and travel photography. Shooting for over 3 decades, John has developed an unrivaled understanding of the industry, tools, techniques and art of photography. When he’s not traveling for a new shoot, John teaches photography to students from all over the world. John’s unique blend of illustrations, animations and photographs make learning photography easy and fun. 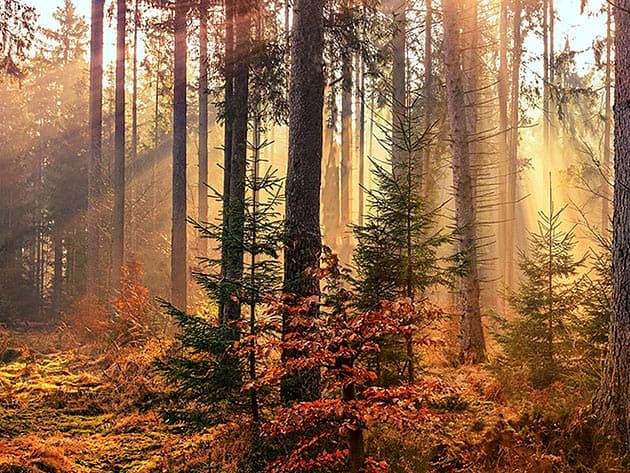 If you’ve always wanted your landscape and outdoor photos to show off the beauty and feeling of the moment that you took them, this is the class for you. You’ll learn the basics of post-processing using Matt’s simple workflow in Lightroom and Photoshop. You’ll find out the best practices for enhancing tone and color as well as where to sharpen your photos and get them ready for large gorgeous prints.

Matt Kloskowski is a Tampa-based landscape photographer who loves teaching and photography (in that order). Because he feels that enjoying photography, Photoshop®, and Lightroom® can get way too complicated, his personal mission is to create education that simplifies the process of taking great photos and editing them to get the results you’ve always wanted. He’s a best-selling author of over 20 books on photography, Lightroom® and Photoshop®, and teaches at seminars and conferences around the world. 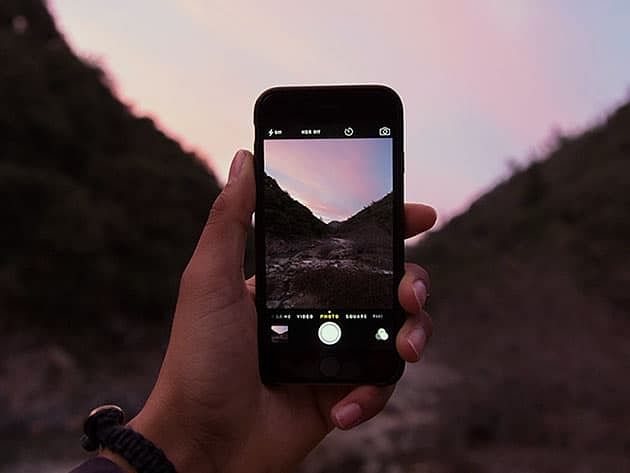 Momentary, stunning lighting on a landscape. A toddler’s first stuttering attempts at standing. An interaction between strangers on the street strikes you as unexpectedly poignant. There is beauty and opportunity for storytelling all around us, but inspiration often comes with a ticking clock. There isn’t always time to set up a tripod and perfect the exposure on your SLR. Fortunately, we live in an age where the potential for professional-quality photos rides in our pockets wherever we go. Join veteran photojournalist Ed Kashi for an in-depth workshop on the power of your mobile phone to create powerful visual stories.

Ed Kashi is a photojournalist, filmmaker, speaker, and educator dedicated to documenting the social and political issues that define our times. He has covered topics as diverse as the impact of the oil industry in Nigeria, the protestant community in Northern Ireland, the lives of Jewish settlers in the West Bank, conflicts between the Shiites and Sunnis in Iraq, the impact of early onset Alzheimer’s, climate change, the relationship between sugarcane and chronic kidney disease in Nicaragua and the plight of Syrian refugees.